An Open Letter to Our New President 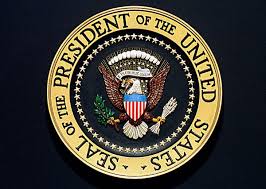 At the time of its founding, America was home to approximately 2.5 million people (about twice the population of Hawaii). Now, 245 years later, America’s population is almost 330 million. All of these people, regardless of their gender, race, or religion, look to the President of the United States. They will now look to you.

When many presidents come into the office, they have a specific agenda already in mind that favors their political party. However, these agendas may not favor the entirety of America. As you come into office, please remember to make decisions that are good for most Americans, not just your inner circle. Favoring one political party will only encourage distrust and division.

Throughout its history, America has been viewed as a pillar of light to other nations. However, American cannot maintain this position if it is a country fueled by hate and contention. Throughout your presidency, please strive to nurture a country of unity, where people can feel safe and protected.

Although the President is not the entire United States government, he is often synonymous with it. As you begin your presidency, be a president that people can look to-be a president worth looking to.